Let There Be Light: Freedom of Expression on Campus 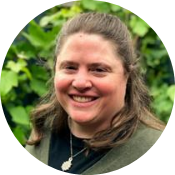 Melissa J. Barthelemy is a Doctoral Candidate in Public History with a designated emphasis in Feminist Studies at the University of California, Santa Barbara. She has served as an intern and consultant for the Vice Chancellor of Student Affairs assisting with special projects pertaining to free speech, campus climate, mental health services, and crisis management.

Barthelemy has helped lead campus and community responses to the May 23, 2014 Isla Vista Tragedy in which six UCSB students were killed and 14 individuals were injured in a violent rampage. As such, she has served as a liaison between family and friends of the victims and the University administration, and has played a lead role in organizing memorial anniversary events. She is interested in relationships between intolerant and offensive speech, campus safety, and hate crimes committed in college environments. She has presented at national conferences on the topics of proactive responses to free speech community controversies, and campus responses to violence.

Melissa created a toolkit for student affairs administrators and university leaders to help them balance demands for freedom of speech and the promises of equal educational opportunities.

FELLOWS IN THE FIELD: MELISSA BARTHELEMY