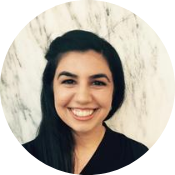 Saugher Nojan is a PhD Candidate in Sociology with a designated emphasis in Critical Race & Ethnic Studies at the University of California, Santa Cruz. Her research focuses on social inequality, immigrant/refugee integration, civic/political engagement and education. Saugher is trained in community-collaborative research methods and worked as a graduate researcher for the Center for Collaborative Research for an Equitable California and the Student Success Equity & Research Center. She is also a former fellow for the California Immigration Research Initiative. Saugher received her Masters in Education at UC Santa Cruz and was recently awarded the 2019 Chancellor’s Achievement Award for Diversity.

A Demographic Portrait of University of California Muslim Students

As the population of young Muslim Americans increases, U.S. educational institutions need to be prepared to address the needs of this racially-heterogeneous community. This infographic begins to describe the demographic characteristics of the Muslim students at the University of California. Findings are based on a representative sample of over 54,000 undergraduate students, including over 1,000 Muslim students, who responded to the 2016 University of California Undergraduate Experience Survey (UCUES). Results suggest UC Muslim students are a diverse group of students that exhibit different demographic and student characteristics. For example, though Muslims are religious minorities on UC campuses, they are a racially heterogeneous group with majority immigrant backgrounds. Most Muslim students are women, enroll in STEM, and come from middle class backgrounds. Muslim students are represented among international students, first generation college students, transfer students, and students who participate in student organizations. In fact, Muslim students are more active than most groups and tend to be politically more liberal compared to their religious and nonreligious peers.

Participation in voluntary associations and religious activities are associated with greater civic outcomes. At the University of California (UC), most students are engaged in civic activities such as student organizations. Among University of California religious students, Muslim students are highly engaged in both student organiations and community service (on and off campus). The graphics below demonstrate Muslim engagement compared to religious and nonreligious peers as well as the role that campus climate and demographic factors may play in shaping participation patterns. Based on statistical analysis of 2016 UCUES survey data, results suggest that 1) Muslims participate in civics more than religious peers 2) Feeling a sense of belonging on campus is related to increased engagement among Muslims and 3) Positive campus climates decrease liklihoods of Muslim participation. Results imply that students’ comfortable with dominant campus climates may be less inclined to participate in extracurricular civic activities.

The UC Muslim Study is an ongoing study* that examines how religion is racialized to shape Muslim students’ experiences with racism, discrimination, belonging, and civic and political engagement. With the support of the UC National Center for Free Speech and Civic Engagement, 85 in-depth interviews and 153 original survey responses were collected across the nine UC campuses. Preliminary results suggest that the majority of Muslim students rate themselves as moderately to very involved (74%) and moderate to very religious (92%). Muslim students ranged on the type of involvement from protests (28%) and boycotting (34%) to volunteer work (51%) and campaigning for elections (59%). More analysis on this topic is forthcoming in an academic article, titled: “(Racialized)Religion and Civic Engagement: Insights into Intra-Muslims Racial Diversity on University of California Campuses.” 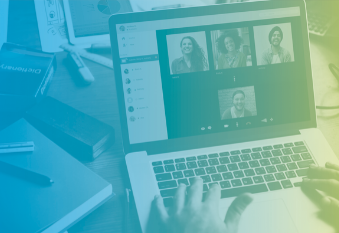