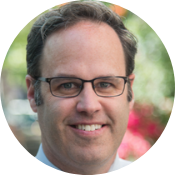 Ryan Coonerty is on the Santa Cruz County Board of Supervisors and the two-time former Mayor of Santa Cruz. He is also an entrepreneur, author, and educator. He is currently the host of "An Honorable Profession" podcast and a long-time lecturer in Legal Studies, Politics and Jewish Studies at UC Santa Cruz. He is a guest lecturer at the Panetta Institute at CSU Monterey Bay and Santa Clara University. Previously, he cofounded NextSpace Coworking, co-authored of The Rise of the Naked Economy – How to Benefit from the Changing Workplace and wrote Etched in Stone – Enduring Words from our National Monuments. Ryan was selected by the Aspen Institute to be a Rodel Fellow in Public Leadership as one of "the nation’s most promising young elected officials.” Ryan is a contributor to Governing Magazine, the San Francisco Chronicle, Huffington Post and numerous publications. In addition, he is a frequent speaker at conferences on government, education, planning and business. He graduated from Santa Cruz’s public schools and the Honor’s College at the University of Oregon. He received a master’s degree from the London School of Economics and a law degree from the University of Virginia School of Law.

Before the Unite the Right rally in Charlottesville and the Insurrection at the Capitol, there was Skokie. In the 1970s, a group of Nazis planned a march in Skokie, Illinois, a suburb of Chicago. A significant percentage of the population of Skokie was Jewish and the village had the highest per capita population of Holocaust survivors in the United States at the time. Skokie officials attempted to use legal avenues to block the demonstration and protect the community. The Nazis, represented by the ACLU, sued on free speech grounds. The ensuing events would entangle the freedoms and choices of the ACLU, Nazis, and the Skokie community and became known around the world as “the Skokie case.”

Ryan developed a curricular module based on the case. See the website by clicking here or on the image below.

We study this case today because the issues it raises have only gotten more relevant and challenging. How does a country balance civil liberties with community safety and diversity? What are the roles and responsibilities of lawyers and the courts in these debates? Where should the line be drawn between hate and free speech? And what does this case tell us about incentives in our political system for controversy, confrontation and compromise?

This module was developed to teach about an important historical event and support a conversation about current day challenges. It is adaptable. Please let me know what you think of this curriculum and how it can be improved.

How to Use this Curriculum

This curriculum is designed to be a module that can be incorporated into relevant existing classes, whether it is a high school civics class, a college history or politics course or a law school seminar on the First Amendment. It can also be a stand-alone activity for use as a Continuing Legal Education training for lawyers or people interested in these issues.

Depending on the nature of the course, the focus can be on the law, history or Jewish experience in Skokie. Ideally, it would be a two week module (3/4 class periods). In the first class, the instructor can provide an overview of the assignment and issues raised by Skokie. The students would then be broken into groups to focus on developing a presentation that captures the relevant law, experiences and strategies of the group they represent. The students can continue to develop their research and presentation after class. The student groups would then present to their classmates during the following classes. Each presentation should be approximately 10 minutes with an additional 5 minutes for questions and comments.

At the conclusion of the 12 presentations, students should have an understanding of legal issues, the event itself, and how it impacted certain communities and institutions. The instructor should conduct a class discussion of what students learned and took away from their presentations as well as hearing from other groups. Did their understanding or sympathies change? How should the precedent of Skokie be applied to today’s controversies? And where should the legal line be drawn between hate and free speech going forward?

FELLOWS IN THE FIELD: RYAN COONERTY 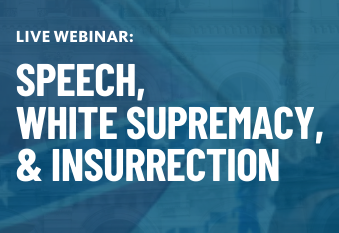 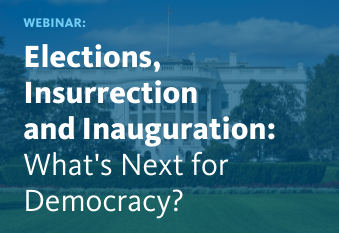 Elections, Insurrection and Inauguration: What’s Next for Democracy?