Our inaugural “chapter” focuses on bias response teams (BRTs) – what they are, what they aim to accomplish, their effectiveness (or lack thereof) and why free speech advocates are concerned that BRTs chill speech on campus. The controversy around BRTs highlights a question that underlines virtually all campus expression debates:

How do higher education institutions balance the robust and open exchange of ideas (even offensive ones) with the values of inclusion and equity?

College and university administrators have the legal and ethical duty to respond to incidents of hate and bias. But they must walk a very difficult line. Speech cannot be punished on the grounds that it is offensive, or even hateful. Every hate speech code to be considered by a court has been invalidated. At the same time, though, the failure to respond to such incidents contributes to a hostile environment and even can be the basis for liability for “deliberate indifference.”

One solution that many campuses have implemented is to create Bias Response Teams. They are controversial. Defenders see them as a way in which campuses can be prepared to deal with incidents and respond quickly to them. They point to instances in which they have been used effectively and without punishing speech. Opponents argue that Bias Response Teams are speech police and chill controversial expression. They identify instances in which there have been overreactions to speech which does not deserve punishment or censure.

Predictably, there have been lawsuits challenging the existence of the Bias Response Teams. One involved the University of Michigan. The federal district court dismissed the case for lack of standing, concluding that no one was injured by the Bias Response Team. In a 2-1 decision in September 2019, the United States Court of Appeals for the Sixth Circuit reversed in Speech First, Inc. v. University of Michigan. The case subsequently settled.

Campus administrators understandably worry about what the case means for their Bias Response Teams. To be clear, the Sixth Circuit did not hold that the Bias Response Team violated the First Amendment. The Court ruled only that the plaintiffs had standing to bring the lawsuit. This, of course, can be a precedent cited elsewhere to allow such suits to go forward. But the constitutionality of Bias Response Teams remains unresolved.

My sense is that ultimately it will depend on what the Bias Response Team does and what authority it possesses. The First Amendment certainly is not violated by campuses responding to incidents of bias and hate. Campuses have the authority – and often the legal duty – to investigate incidents of bias and hate. Nor does the existence of an institutional mechanism to do so offend the First Amendment.

Campus officials also have free speech rights and can use them to condemn incidents of bias and hate on campus. As Justice Oliver Wendell Holmes said long ago, the best response to the speech we don’t like is more speech. 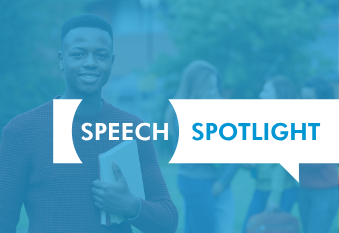 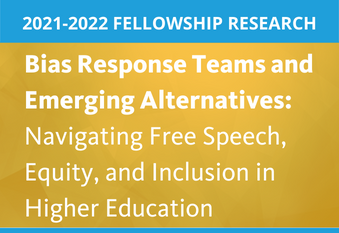